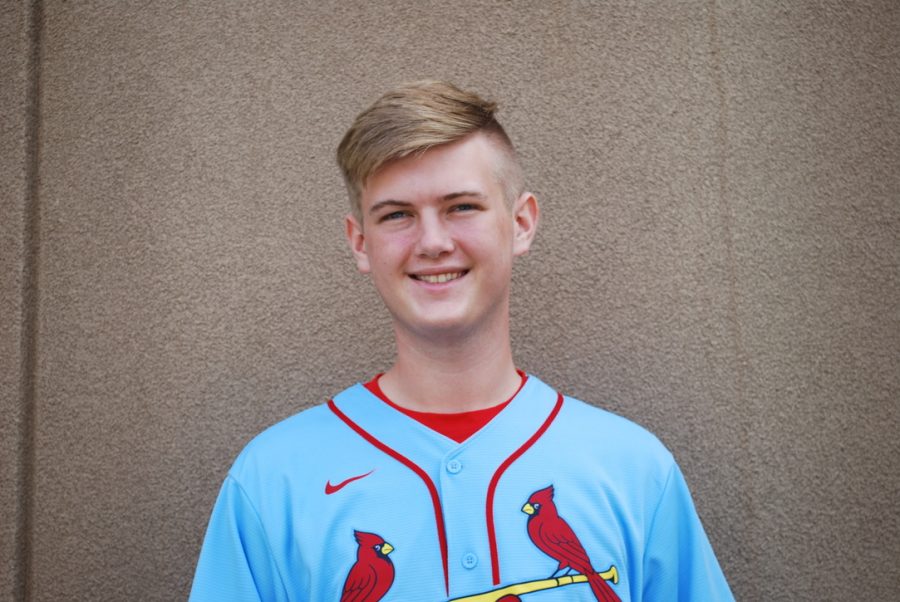 Luke Hileman poses for a picture outside of the chorus room.

Herrin High School’s Musical, “All Together Now!” is coming up! Leading up to the show, the Journalism Team will spotlight the seniors performing in the show.

Luke Hileman, a senior, is excited to be on stage for this year’s musical. He’s performing in songs such as “Be Our Guest,” “Seize the Day,” and “You Can’t Stop the Beat.”

His favorite musical is Hamilton. Luke has been in five shows in roles such as Telly from the Suess Odyssey and 7 different characters in Annie Get Your Gun. He’s most excited to perform “Be Our Guest” as Lumiere. He decided to audition for the musical because “There was only one other guy, and if I didn’t I would’ve been hunted down by Mrs. Simmons and everyone in the musical.” Some of Luke’s dream roles include the Genie or Jafar from Aladdin.

Performances will be at the Herrin Civic Center, November 12th, 13th, and 14th. Ticket sales will be announced soon!