Meet Your Queen Before The Game 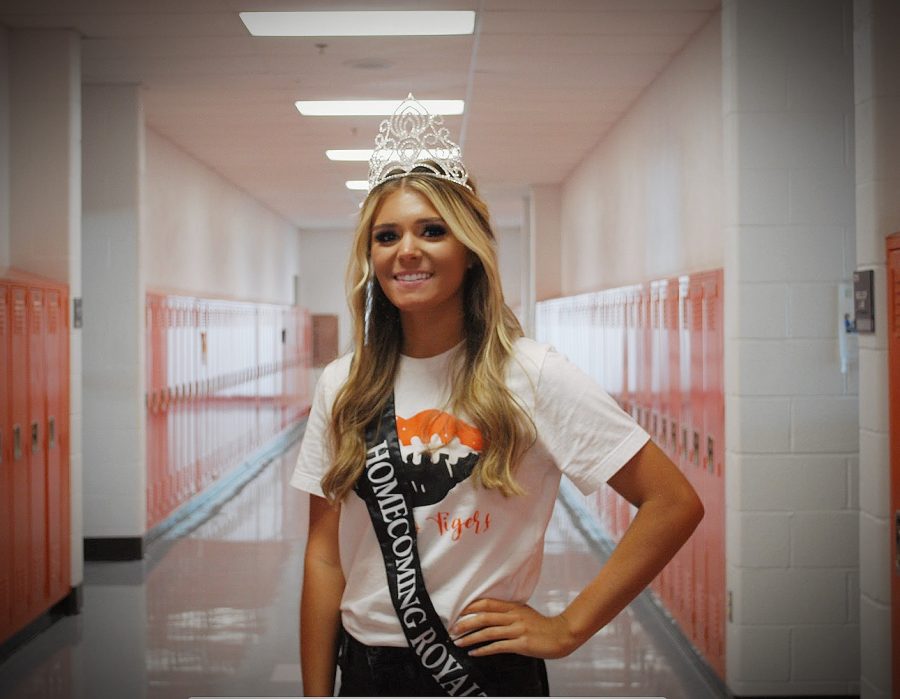 As of yesterday, Herrin High School welcomed a new homecoming queen to the throne. Presli Karnes is a senior at HHS whose school pride has never been cut short. Many students may not know Presli personally, but even if it’s behind the scenes, she has been such a blessing to the community of Herrin.  She is active, quick-witted, and has a contagious smile that spreads like wildfire.

Presli’s biggest role model is her father, retired football coach Jason Karnes. “I look up to him with everything I do and I know he’s always been my biggest cheerleader,” said Karnes. In her free time, she likes to spend time with her dad, other family members, and friends. After school hours when she’s not with them, you will most likely find her in the school building in practice or a club meeting. She is involved in everything she can be. She is on the girl’s softball, volleyball, basketball, and tennis teams. She is also involved in multiple clubs, and she is even Secretary in Student Government for her senior class.

As an obviously major contributor to the pride of HHS, Presli was nothing but surprised when crowned. “Honestly, when they called my name I was shocked. Everyone on the stage was such a great candidate, and I truly feel like I was just the lucky one,” said Karnes. Presli would like to thank everyone who voted for her and for her entire hometown for always being so kind towards her. Herrin High School is proud to show our school spirit and have Presli Karnes as a representative.