Coronation: Around the World

The Honored Guests, High Court, and escorts made their way down the gym floor in anticipation of meeting their new Queen. 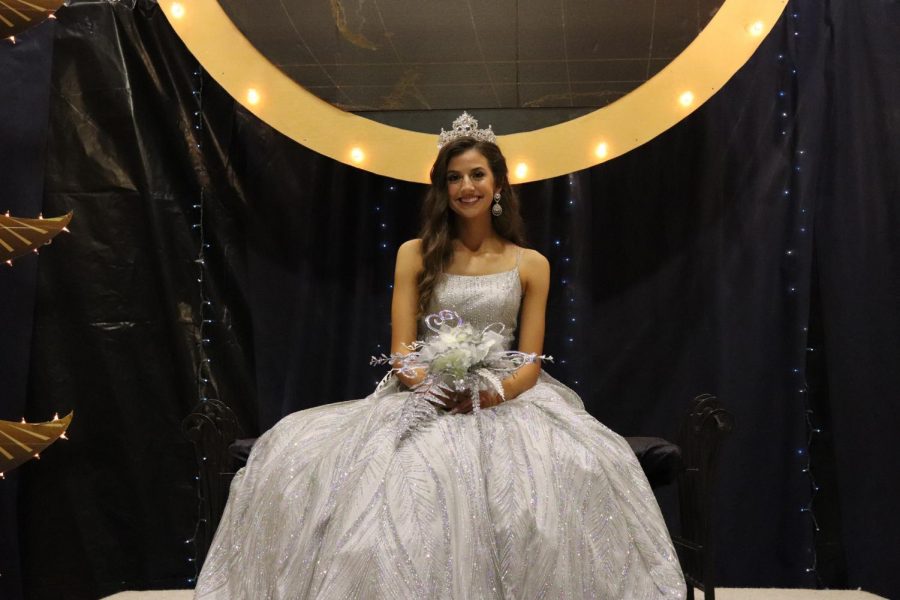 Homecoming Queen, Mia Connor (12) sits upon her throne during her first minutes of being Queen.